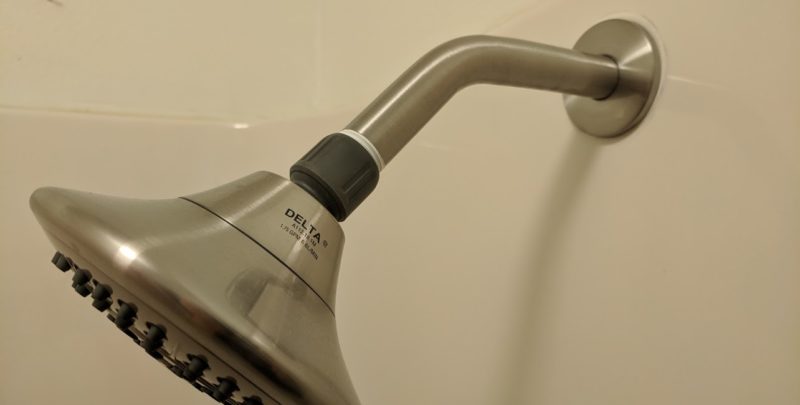 The first step to removing your old shower head is to simply try and unscrew the old head on the shower arm with your hands. If that is not working or something is stuck, then you may need to move on the next step. You might have to go through this entire guide if your shower head is stuck to the pipe in the shower, but it is very unlikely that you will have this much issue.

Step 1: Remove The Shower Head With Your Hands 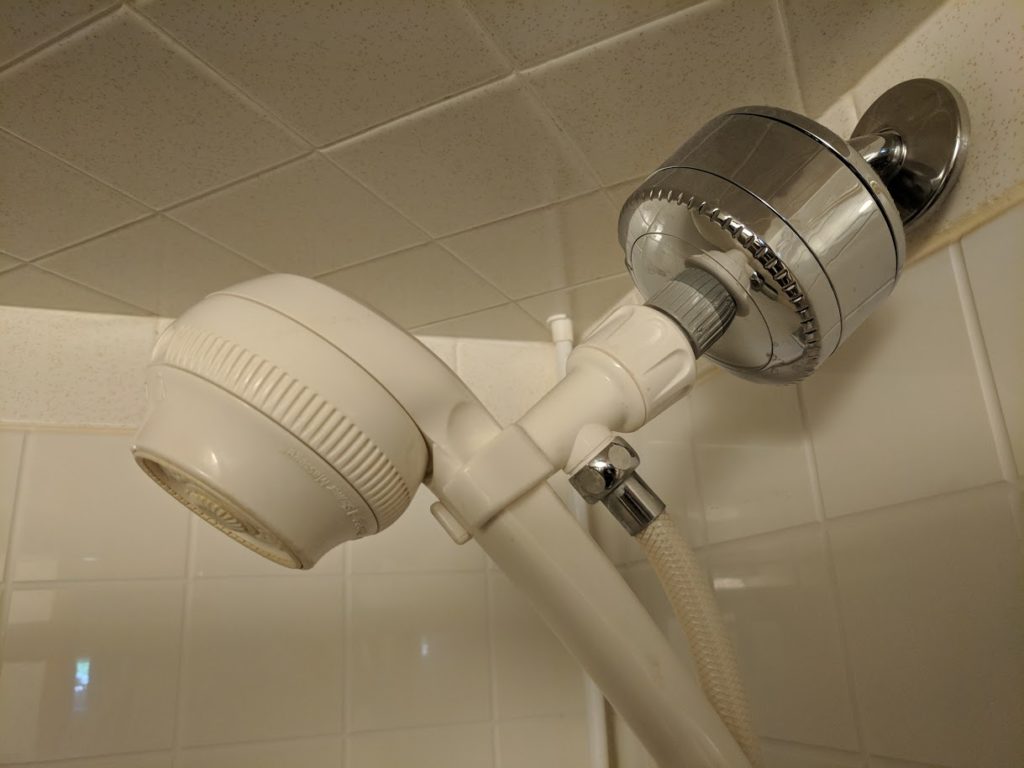 Do not just grab the shower head by the “head” but instead you want to grab the connecting nut that is going into the shower arm. Since this is the part that screws on and makes the connection, and not where the water actually comes out of the head, this is where you will want to grip it.

If you are having an issue getting the head off by hand you will need some tools.

These are probably going to be laying around your house. You need a rag and some pliers or a wrench. Adjustable pliers are preferred.

Take the rag and place it over the connection between the shower head and the shower arm. This will ensure that you do not ruin the finish on either one. Next attach the wrench or pliers to the connection.

Again, turn counterclockwise (this is to the left) to unscrew and get rid of the old shower head.

If the shower head still is not coming off, you may have some sort of buildup such as mineral deposits around the connection that you will want to take care of.

The easiest way to deal with this is to simply dip your rag into some vinegar, place it over the connection, and wait around 15 minutes.

Once this is done, simply try steps 1-2 again until the shower head is removed.

Once the old head is completely removed, you will want to replace it. Grab your new shower head and take it out of the package. Before you just screw it onto the old shower arm, you will want to some plumbers tape and place it over the thread of the shower arm. This will ensure that you do not get any leaks between the arm and the head. Then, simply hand tighten your new shower head onto the arm.

Removing an old shower head is probably the easiest DIY project you will ever do! Anyone can do it, and it makes all the difference in the world when the water is finally coming out nice and strong without any mineral build up.